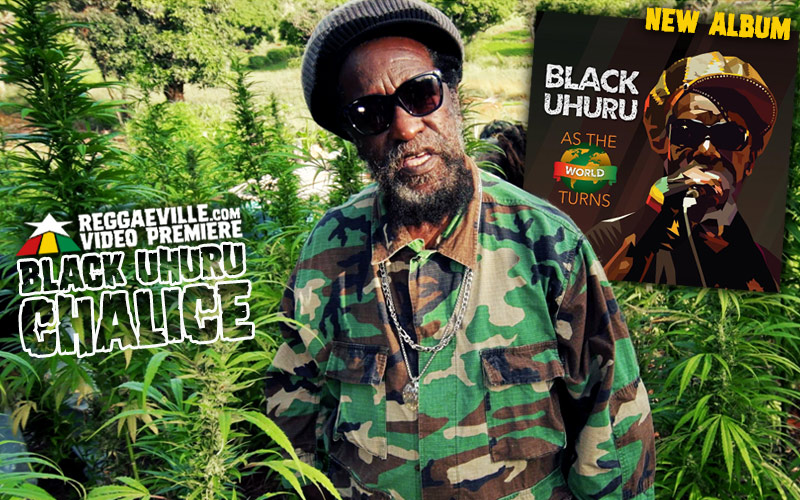 The long awaited new Black Uhuru album As The World Turns is finally to be released. Official release date is September 7, 2018. This is the group’s first new album in over 15 years!

The album features Duckie Simpson on lead for all 15 tracks. Half of the album was recorded in California & the rest was finished in Jamaica. Most of the production was done by well-known Jamaican keyboard player Horace “King Hopeton” Campbell at his Double Lion Studio in Northern California who also tours with the band. Legendary guitarist Leebert “Gibby” Morrison’s studio in Kingston was used to overdub and put on the harmony vocals by Nicole “Nikki” Burt. It was mixed by Jermaine Forde at Ajang Studio. Mastering took place at Anchor Recording Studio in Kingston Jamaica. Black Uhuru’s official agent Mike Gener along with Derrick Simpson are the Executive Producers for the album.

Jah Guide a tribute to Peter Tosh in combination with Bugle was previously released. The music video directed by Damaniac Visualz was shot at Cane River in St. Thomas, Jamaica. Popular dancehall artist Agent Sasco is featured on Stronger. The last song on the album Live & Learn is a bonus track that features roots artist Prezident Brown.