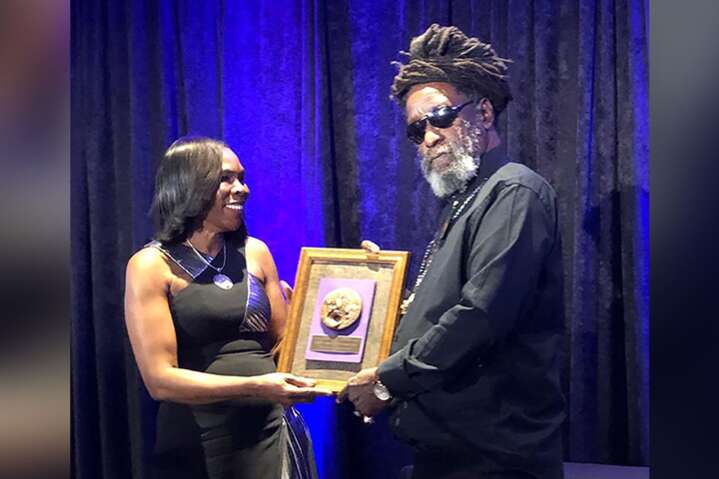 The self-proclaimed "nine star general" of reggae is one of nine awardees this year. Fellow recipients are from Guyana, Jamaica, and Trinidad and Tobago who have achieved in their respective fields in the United States.

Simpson, who started Black Uhuru (as Uhuru) 50 years ago in the Kingston community of Waterhouse, spoke to the Jamaica Observer about his latest accolade.

Simpson disclosed that Black Uhuru --- which also includes singer Andrew Bees --- will release an album in 2023. Their latest, New Day, came out this year.

In his acceptance speech, Simpson mentioned the awards he has won over the years, including the first Grammy Award for Best Reggae Album in 1985 for Anthem with Black Uhuru.

He also acknowledged the "CEOs, professors, and scientists" who received CARAHs. They are scientist Eric Adolphe; academic Carole Boyce-Davis and Josanne Francis from Trinidad and Tobago; businesspeople Bihari Lall and Stacey Mollison from Guyana; and Jamaican entrepreneurs Dr Trisha Bailey and Dwight Smith.

First held in 1994, the Caribbean American Heritage Awards have honoured a number of Americans of West Indian descent, including actress Cicely Tyson and Eric Holder, former attorney general of the United States.