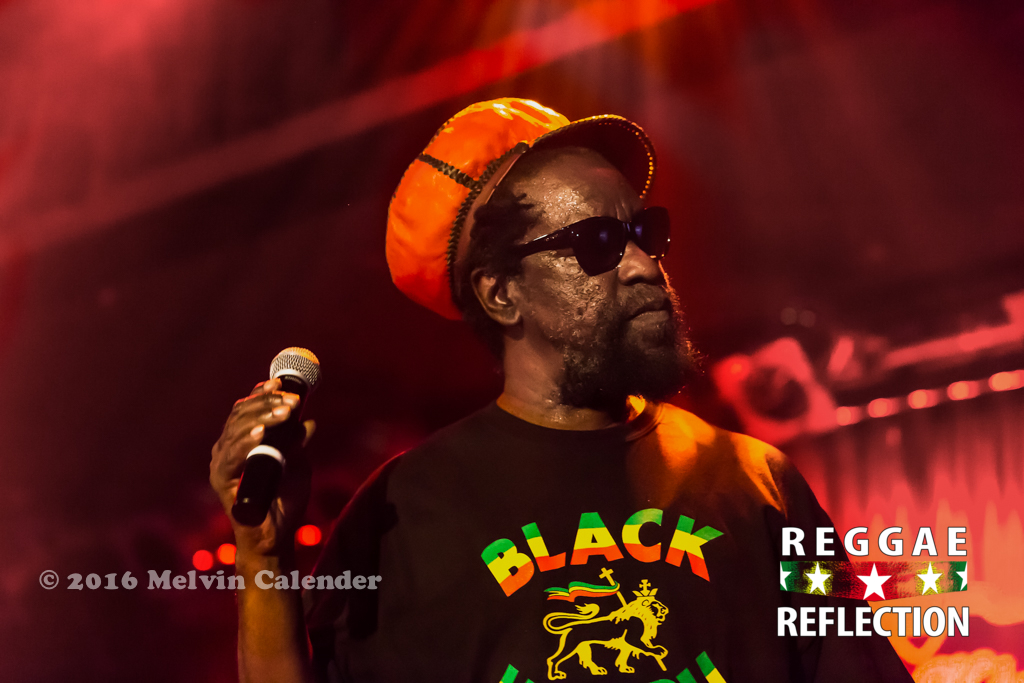 It's almost painfully true, Black Uhuru doesn’t get to the New York City area often but on the occasion of September 22, 2016 the legendary Roots rockers band were the featured act at B.B. King in Times Square. And leaving absolutely no room for disappointment, they drew from their magnificent catalog of hit songs. Featured on stage that night was original Black Uhuru member Derrick “Duckie” Simpson who knows the music inside-out upside-down, upheld the critical vibes that kept the audience rocking while never missing a beat; lead singer Andrew Bees who has the voice of an angel gifted by Jah showered the audience with a magnificent flood of sound that had us floating towards the heavens.

That night we also experienced Frank Stepanek on guitar and special guest King Hopeton making for an soul-stimulating/foot tapping night of pure Reggae music tailored from its inception, especially for Roots and Culture loving audiences. ​

In typical Reggae style the audience swelled as the evening progressed which is unfortunate if they missed the early warm opening act, a young lady by the name of Onesty whose name should be remembered. Currently on tour with Black Uhuru, the Reggae songstress had a captivating flow and did an amazing job as she gently lead an anxious audience eager for the main act, right into the palm of her hands. A true singer with a beautiful voice, Onesty belted out several selections intermittently chatting lightly in-between songs bringing focus to her message. Her set totally complemented what was to come and in appreciation, the audience responded with passionate applause.

When the Reggae category was finally introduced to the Grammy Awards in 1985 (at the the time entitled the “Grammy Award for Best Reggae Recording” given for songs and albums),Black Uhuru was the first band to win for the “Anthem” album.  As a high-caliber musical act, devoted Reggae fans like me expect to hear an array of their timeless classics and, we all did. Based solely on the noise level barometer of whistles and cheers,  the crowd favorite for the night was the song Sinsemilla. From their Grammy winning album we also thoroughly enjoyed one of the best known songs and guaranteed crowd-pleaser,“Guess Who's Coming to Dinner (Natty Dreadlocks).” Interestingly the song was originally released in 1979 on the Black Uhuru album entitled “Showcase” followed a year later by a second reissuing (1980),this time calling the album “Black Uhuru” (the only difference between the first and second releases being the addition of one song); identical to the previous album, the third and final album reissuing took place in 1983 called “Guess Who's Coming to Dinner” using the name of what can now be considered the album’s title song. Trivia aside, their performance was welcomed by the BB King crowd signaling that audiences recognize and shower their appreciation on strong lyrics they can relate to.

​Other musical highlights that had the audience moving and grooving on the dance floor throughout the evening were “System” and “Solidarity” and a sprinkling throughout the evening of songs from Black Uhuru's Grammy Award winning album entitled “Anthem” from which they sang  “What is Life”, “Party Next Door”, “Black Uhuru Anthem” and “Bull in the Pen” among many other incredible songs well performed and received.

From the opening act kicked off by Onesty to Black Uhuru as the featured act, the concert was a exciting night of great entertainment clearly enjoyed by all in attendance. Hopefully they will return to the NYC area more often than they have in the past and when they do, our team will once again be up front and ready to adsorb the solid positive vibes.